Often we hear the term Test driven development (TDD) in software development life cycle. However, can we do TDD to develop the extensions in Dynamics CRM development? What are the prerequisites? Do we need Dynamics CRM instance? Let’s see.

In this article, I will discuss how we can achieve TDD while developing plugins and custom workflows.

When plug-in or workflow is created, often developer’s register the assembly & steps in a CRM instance and try to execute to see if the plug-in or workflow is executing correctly or not. In other case, create a console application and test the logic and then update plug-ins and workflows. Using a testing framework like Rhino Mocks, code is tested and checked for % of code coverage, debug and fix issues in the logic. Rhino Mocks’ unit test’s enables us to integrate with TFS builds and Check-ins, which means System can run the tests before code check-in or during nightly builds. Using Rhino mocks as testing framework, one positive and negative testing can be achieved as well as test all the exceptions.

In terms of prerequisites, where custom logic is to be written due to a business requirement,, Visual Studio is used as a development environment and Rhino Mocks as testing framework. Dynamics CRM instance is not required. Yes, you read it correct, you don’t need Dynamics CRM instance to test custom plug-ins or workflows.

Rhino Mocks is a dynamic mock object framework for the .Net platform. Its purpose is ease of testing; by allowing the developer to create mock implementations of custom objects and verify the interactions. Rhino Mocks will generate fake objects to replace the dependencies that exist, and at run time, allow the system to behave accordingly. Introduction and how Rhino mocks works is a separate topic which is not covered in this article. This article only covers how it is used with Dynamics CRM extensions. 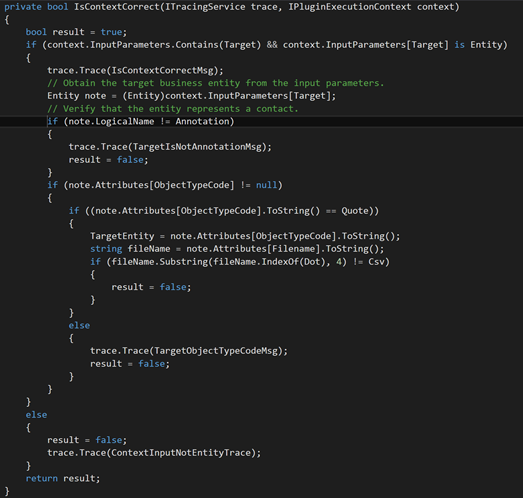 Please follow Telugu stories for kids from Kathasamputi. A new story is released every day.Kathasamputi

Sharing what I learn about SQL Server

Bridge Between People & IT

Passionate about all things Azure

The xRM Blog by xRM Consulting